One of the world’s leading AI research companies, DeepMind, will open its first international research base outside the United Kingdom later this month. The lab will be based in Edmonton and have close ties to the University of Alberta.

The new lab, to be called DeepMind Alberta, demonstrates DeepMind’s commitment to accelerating Alberta’s and Canada’s AI research community. It also signals the strength of ties between UAlberta and one of the world’s leading AI companies. Having been acquired by Google in 2014, DeepMind is now part of Alphabet. DeepMind is on a scientific mission to push the boundaries of AI, developing programs that can learn to solve complex problems without being taught how. 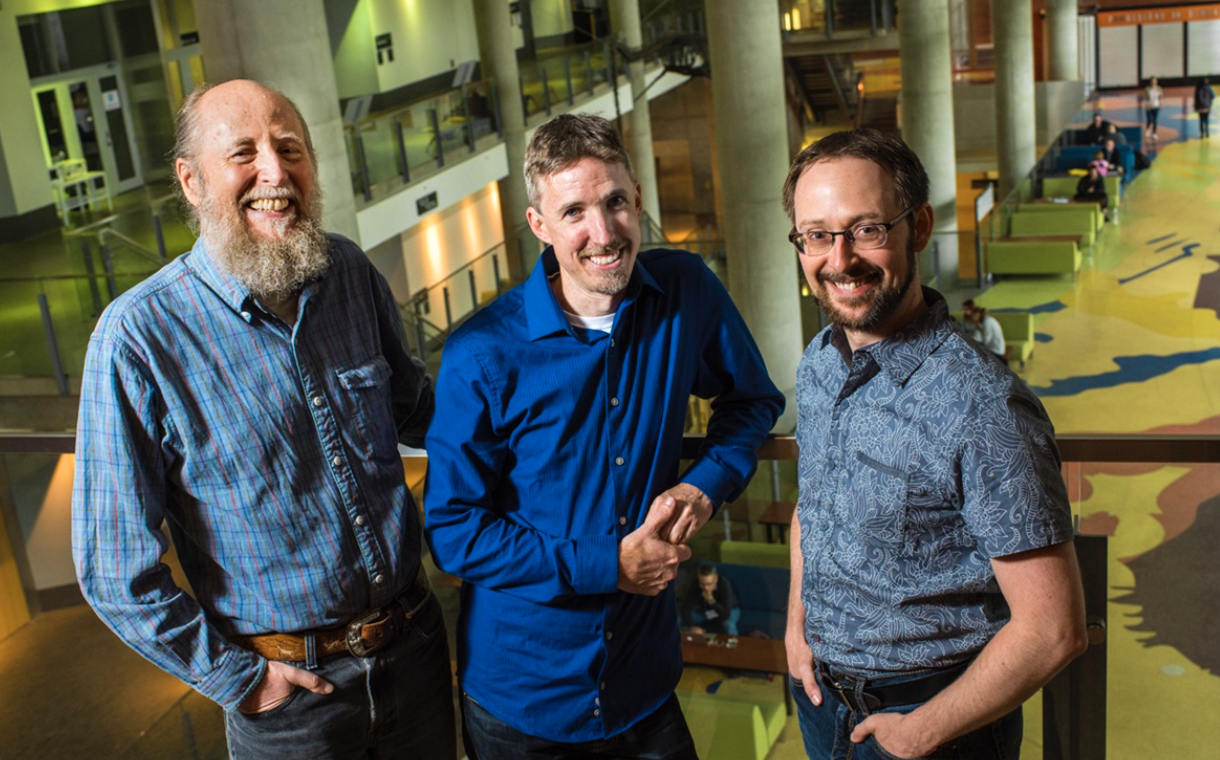 The DeepMind Alberta team will be led by UAlberta computing science professors Richard Sutton, Michael Bowling, and Patrick Pilarski, who is also a medical researcher. All three, who will remain with the Alberta Machine Intelligence Institute at UAlberta, will also continue teaching and supervising graduate students at the university to further foster the Canadian AI talent pipeline and grow the country’s technology ecosystem. The team will be completed by seven more researchers, many of whom were also authors on the the influential DeepStack paper published earlier this year in Science.

UAlberta’s connections to DeepMind run deep with roughly a dozen UAlberta alumni already working at the company, some of whom played important roles in DeepMind’s signature advances with reinforcement learning in AlphaGo and Atari. In addition, Sutton, one of the world’s most renowned computing scientists, was DeepMind’s first advisor when the company was first established.

“I first met with Rich seven years ago when DeepMind was just a handful of people with a big idea. He saw our potential and encouraged us from day one. So when we chose to set up our first international AI research office, the obvious choice was his base in Edmonton, in close collaboration with the University of Alberta, which has become a leader in reinforcement learning research thanks to his pioneering work,” said Demis Hassabis, CEO and co-founder of DeepMind. ”I am very excited to be working with Rich, Mike, Patrick and their team, together with UAlberta, and I look forward to us making many more scientific breakthroughs together in the years ahead.”

Sutton is excited about the opportunity to combine the strength of DeepMind’s work in reinforcement learning with UAlberta’s academic excellence, all without having to leave Edmonton.

“DeepMind has taken this reinforcement learning approach right from the very beginning, and the University of Alberta is the world’s academic leader in reinforcement learning, so it’s very natural that we should work together,” said Sutton. “And as a bonus, we get to do it without moving.”

Working with Hassabis and the DeepMind team both in London and Edmonton, Sutton, Bowling, and Pilarski will combine their academic strength in reinforcement learning to focus on basic AI research. Reinforcement learning functions similarly to the way humans learn, trying to replicate good outcomes and avoid bad outcomes based on learned experiences.

The DeepMind Alberta announcement is the latest in a slate of AI-related successes for UAlberta. The recent major funding infusion via the federal government’s Pan-Canadian Artificial Intelligence Strategy strengthens the Alberta Innovates’ 15-year investment of more than $40 million.

Karma Machining & Manufacturing: Between the idea and the marketing –
The Alberta Merck Innovation in Health Fund (AMI in Health Fund)
We use cookies on our website to give you the most relevant experience by remembering your preferences and repeat visits. By clicking “Accept All”, you consent to the use of ALL the cookies. However, you may visit "Cookie Settings" to provide a controlled consent.
Cookie SettingsAccept All
Manage consent

This website uses cookies to improve your experience while you navigate through the website. Out of these, the cookies that are categorized as necessary are stored on your browser as they are essential for the working of basic functionalities of the website. We also use third-party cookies that help us analyze and understand how you use this website. These cookies will be stored in your browser only with your consent. You also have the option to opt-out of these cookies. But opting out of some of these cookies may affect your browsing experience.
Necessary Always Enabled
Necessary cookies are absolutely essential for the website to function properly. These cookies ensure basic functionalities and security features of the website, anonymously.
Analytics
Analytical cookies are used to understand how visitors interact with the website. These cookies help provide information on metrics the number of visitors, bounce rate, traffic source, etc.
SAVE & ACCEPT