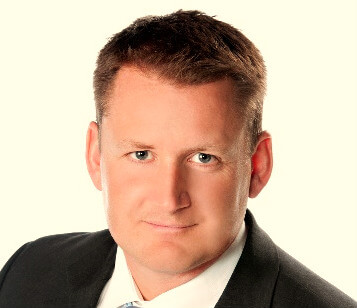 Jason is currently the Chief Executive Officer of DynaLIFEDx, one of Alberta’s largest private healthcare organizations. At over 1100 employees, DynaLIFEDx is Canada’s most regarded multidisciplinary clinical laboratory organization and is recognized as one of Canada’s Best Managed Companies. Jason brings a decade of experience at the executive level, including roles as Chief Operating officer, Chief Financial Officer and positions in Business Development and Government Relations. Jason has worked with many organizations in the health innovation space, from multinationals to local Alberta researchers and start-ups.

“Jason Pincock brings a wealth of experience to Health City,” says Mayor Don Iveson. “I’d like to thank Jodi Abbott for her tremendous work in building the foundation for Health City. I look forward to working with Jason as he and the rest of the steering committee continue to build momentum for this important economic development initiative.”

Health City would like to take this opportunity to thank Dr. Jodi L. Abbott for her outstanding service as the inaugural Chair of Health City since June 2016.  During her tenure as Chair, Jodi spearheaded the response to the Mayor’s call to action, including the development of Health City’s 10-year strategy, securing ongoing sustainable funding for the operations of Health City and hosting the inaugural Health City Summit.  Through Jodi’s leadership, Health City is well poised to position Edmonton as the place where health innovation and health industry will grow – bringing global solutions to common challenges by Edmonton-based companies and partners.

Jodi would like to express her sincere thanks to the Steering Committee as well as the many participants in the various working groups that over the last year and a half have contributed tremendously to the development and launch of Health City.

Edmonton named a finalist in Canada’s Smart Cities Challenge
Appointment of Interim CEO – Reg Joseph
We use cookies on our website to give you the most relevant experience by remembering your preferences and repeat visits. By clicking “Accept All”, you consent to the use of ALL the cookies. However, you may visit "Cookie Settings" to provide a controlled consent.
Cookie SettingsAccept All
Manage consent

This website uses cookies to improve your experience while you navigate through the website. Out of these, the cookies that are categorized as necessary are stored on your browser as they are essential for the working of basic functionalities of the website. We also use third-party cookies that help us analyze and understand how you use this website. These cookies will be stored in your browser only with your consent. You also have the option to opt-out of these cookies. But opting out of some of these cookies may affect your browsing experience.
Necessary Always Enabled
Necessary cookies are absolutely essential for the website to function properly. These cookies ensure basic functionalities and security features of the website, anonymously.
Analytics
Analytical cookies are used to understand how visitors interact with the website. These cookies help provide information on metrics the number of visitors, bounce rate, traffic source, etc.
SAVE & ACCEPT